Yoga For Athletes: Pros And Cons

What a concept—yoga for athletes. There was a time when such an idea sounded counter-intuitive, almost contradictory. The slow, deliberate nature of yoga exercises seemed quite the opposite of the conditioning activity to which athletes were accustomed. A jock wouldn't be caught doing yoga. Times have changed though. Trainers with professional sports teams are incorporating yoga for athletes into their programs and fitness centers aren't just for weights and cardio equipment anymore. In this article, we will examine the basics of yoga and how it may or may not be useful to you as an athlete.

Yoga is a word from Sanskrit, an ancient language of India. The Sanskrit word is yuj, which means union. The Random House Webster's College Dictionary calls it "a system of physical and mental disciplines practiced to attain control of body and mind, tranquility, etc., especially a series of postures and breathing exercises."

The famous and respected yogi Paramahansa Yogananda taught that yoga means union of the individual soul with Spirit and the methods by which this goal is attained. Whichever definition you wish to apply, it is safe to say yoga is practiced with the intention of bringing the body and mind together in pursuit of certain goals, the most basic of which would be to improve the fitness of the whole person. With this in mind, one can see the value of yoga for athletes.

There are a number of yoga types or styles and it seems as it becomes more popular throughout the years, the more new ones we see being invented. The traditional methods consist of Hatha Yoga, Mantra Yoga, Laya Yoga, Karma Yoga, Jnana Yoga, Bhakti Yoga, and Raja Yoga. If you look around for yoga studios, you will likely see only one or two of these being offered. In 21st century western countries, the most common is Hatha, which is focused mainly on the physical aspect of the practice. More on this in the next section.

Bhakti is one of the better-known methods and it centers on love as a spiritual practice. The common names for types of yoga currently popular fall into categories such as Power Yoga, Hot Yoga, Prenatal Yoga, and Restorative Yoga. Other styles of yoga being taught in today's classes are known as Kundalini, Iyangar, Bikram, Ashtanga, Vinyasa, Yin, Anusara, and Jivamukti. We won't break all these names down, but for the purpose of this article, we can summarize the general operating basis for the methods of these, then move to expand on those that apply to yoga for athletes.

The types of yoga mentioned in the above paragraph are more physically oriented and belong under the general heading of Hatha Yoga. Some focus on body alignment and proper breathing for the various postures. Others use a flow from one posture to another, using breathing techniques to help with the transitioning.

Some use heat and humidity with many postures to maximize the benefits of the workout. There are those that use fewer positions and give more attention to relaxation. Prenatal is one that targets parts of the body that will help with childbirth and bonding with the baby afterward. Kundalini is as much spiritual as it is physical and is mostly about releasing energy trapped in the lower spine, raising it to the highest energy center in the body.

Different Types of Yoga for Athletes

With the basics now in mind, we will turn our attention to the most applicable methods of yoga for athletes.

Iyengar Yoga was developed by B.K.S. Iyengar in the early 20th century and teaches fine body control which is precisely performed for extended periods. Iyengar also invented the use of props in yoga. Props are objects that help the practitioner do the postures more effectively.

Examples of these props include: (1) straps to assist with support, alignment and general posture; (2) blocks to furnish comfort and assist in body alignment; (3) blankets to bring comfort or assistance in accomplishing challenging positions normally out of the person's range of motion; (4) bolsters—a type of cushion—to make a posture less harsh; (5) and chairs for a less demanding form of yoga or for support in performing certain postures. Iyengar Yoga can help with injured athletes who need to strengthen slowly and carefully to avoid setbacks. 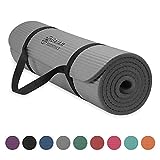 This is a particularly good yoga for athletes. It's one of those styles that has a strong flow from one posture to another. The use of breathing techniques in conjunction with the flow makes it valuable for allowing the practitioner to extend the workout. The muscles being worked receive enough oxygen and this, in turn, builds stamina which leads to increased strength. The mind is focused as the body is being taxed, which is obviously beneficial for the athlete.

Think about a basketball player running up and down the court, a soccer player in nearly constant motion on the field, a long-distance runner, and a triathlete for whom endurance is a key component of their sport. Concentration development is a training aid that may be as important as anything these athletes do. 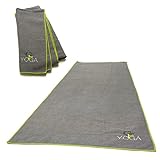 Vinyasa was actually derived from Ashtanga. Benefits for an athlete practicing Ashtanga are similar, but Ashtanga may require more seasoning from the yoga practitioner. There should be a dedication level beyond Vinyasa, learning an entire series of positions that demand a high level of fitness and experience. It has been described as the best type of yoga for athletes. A big reason for that is its set routine and, therefore, its predictability. Athletes often like routines that challenge them and by which they can measure their progress. 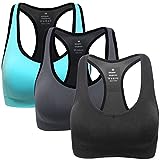 While Bikram is not the most demanding of yoga for athletes, it does offer the opportunity for situational workouts. We are referring to heat and humidity. The postures are performed in temperatures of 105 degrees and in 40 percent humidity. These conditions may be extreme, but they can condition athletes whose sports subject them to heat and humidity that can be very difficult if the player isn't accustomed to such rigors.

Baseball players in July and August in such places as St. Louis or Cincinnati, or tennis players in summer events such as in New York, and football players have died from heat exhaustion during training camps. It's true that hydration is key to surviving such conditions, but preparatory training in heat and humidity can't hurt. If you are planning to try this more extreme form of yoga, please use caution and hydrate yourself sufficiently before, during, and after your workout. 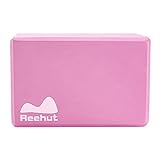 The Pros and Cons of Yoga for Athletes

It's time now to take a look at the positives and negatives of yoga as it applies to athletes considering the practice.

Yoga is a rewarding way of life with many benefits. Yoga for athletes is a practical addition to conditioning that should not be overlooked. It is relevant to improving skill sets for athletes and non-athletes alike. The benefits outweigh the risks and negatives of any kind. With the use of common sense and good judgment, the yoga practitioner can avoid any pitfalls that yoga may present. Playing sports can give us so much pleasure through the competitive use of our bodies. The sense of accomplishment with improvement and success give us tremendous satisfaction. The practice of yoga can enhance that feeling of satisfaction in body, mind, and spirit every day. We hope this article helps you achieve a more balanced state of health, not only your athletic pursuits but also in your overall growth as a person.

This site uses Akismet to reduce spam. Learn how your comment data is processed.

As a participant in the Amazon Services LLC Associates Program, this site may earn from qualifying purchases. We may also earn commissions on purchases from other retail websites.

Get the Latest News!